Pollinators in the News! and General Randomness

I recently came across an  article while wandering through the wilderness of the web in Orion Magazine's blog which referenced Jim Toia's Petri Island Project.
It was a great article by Charles C. Mann. (Here's a link to the post).
Coming across Jim's work inspired me to see where the wind had swept some of our Pollinators in the past year.(I can't believe we are coming up on nearly a year since the Plight of the Pollinators project came to fruition)!
I did a check in at Flanders with Dianne Parmalee to get an update on how the Beekeeping Workshops had fared.
Not only were the hives thriving but  the group has new members and last week new bees arrived for this years season.!Some found homes with last years beginning  beekeepers!!! Now that is what I call success!


Scout Austin's work and that of Angela Devenney will be in the " "Pollination: Evolving Miracles," at the Atrium Art Gallery, at the University of Southern Maine, Lewiston- Auburn College. The show open's April 19th-June 7, 2013.

Jennifer Knaus's painting has been included in "The Art of the Heirloom" traveling exhibition  put together by Michael Asbill of KMOCA. The show travels from the Arts Center of the Capital Region,  Horticultural Society of New York, NYC., and the Philadelphia Flower Show, Philadelphia, PA. The  show was sponsored by Horticulture Magazine.
The Hudson Valley Seed Library, whose seed packets are graced with these artists images, would be a great place to get your seeds for this years planting season!!!

Anne Siems, also represented by LittleJohn Contemporary in NYC, as is Jennifer Knaus, has an upcoming show in June. Her exhibit " Healing" opens June 1st-vbn.

Kat Ely had a solo exhibition,"Seeds and Spores" in August, 2012, at the McGladrey Art Gallery at the Bentley Library in Waltham, Mass. 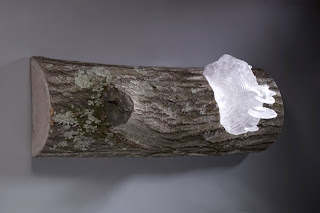 Scott Trevelyan of Australia, has been involved in a number of interesting projects and exhibitions since P.O.P.  A solo exhibition of his work,"Honeybee Hardships" took place this past November.
Currently he is in a group print exhibition entitled "Corporeal" which features some of his prints


M. Genevieve Hitchings has a great new interactive piece on her site Artorium, "The Business of Higher Education." You can check out her Urban Pollinators  project there and I love her interactive piece on Snow Leopards that she did for the Wildlife Conservation Fund.


Aaron Birk, our "Field Projects" award winner and author of the "Pollinators Corridor," was the featured artist interview on Bronxnet along with being reviewed on "Restoring the Waters" and "Underground Reviews".


The Seriously Awesome Beehive Design Collective is looking for some new pollinators!!!Check that info out here!
And please continue to support their awesomeness:)!


Thank you once again  on behalf of our pollinators, to everyone who participated in this project with their work and support in all the forms that that manifested!