From the Cast hall to the Fossil hall

I had the happy occasion to greet a friend from Singapore last Saturday. Ren Rong Chong or Chong Ren Rong depending where you are from! Came for a visit to N.Y.C. Ren is interning at UCLA as a concept artist, interactive designer and illustrator. I have the privilege of calling her a former student from my first year teaching in Singapore. She got a chance to peruse the east coast art scene for a few days last week and met in the city. We traipsed from the cast hall of Grand Central Academy to the Fossil  halls of the American Museum of Natural History. 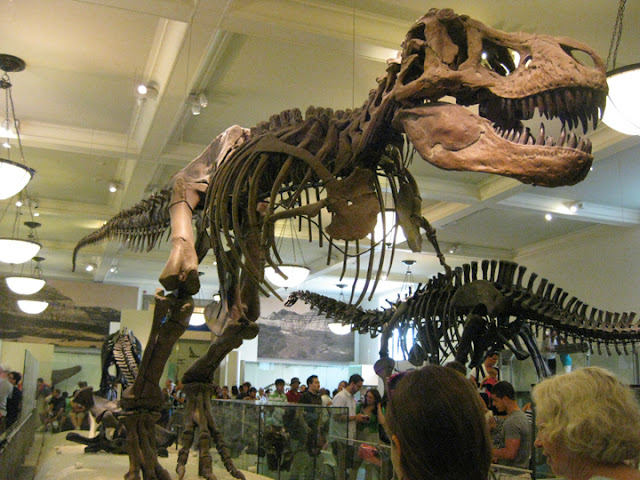 The intention was to do some drawing from the animal dioramas in remembrance of our zoo drawing excursions in Singapore.  Alas we ran out of time before I had to catch the train back to Connecticut. It takes far more than a day to take in the vast amount of information and exhibition that is on display. I’m definitely going back for some drawing /research in the next few weeks. The AMNH is Mecca for Natural History buffs and artists interested in any aspect of that subject. 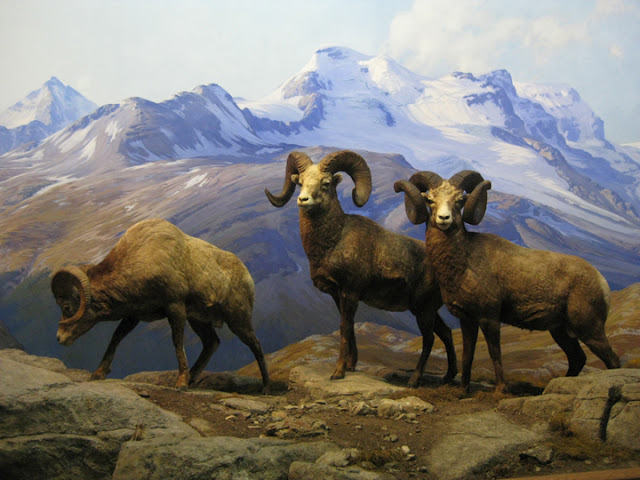 The diorama paintings are exquisite. They have been executed by a number of great painters and scientific / wildlife illustrators since the late 1800’s. I hadn’t been aware that Carl Rungius had worked there until recently. Being a fan of western Wildlife Art this was an interesting find. The art of Robert Bateman and the late Bob Kuhn in particular, have been interests of mine when I just started out and  still continue to be. I was lucky enough to be invited to Bob Kuhn’s studio in Roxbury, Connecticut for a critique and counsel  just before he relocated to the South west. I was looking for an apprenticeship after art school. He was an incredibly generous man and I am forever grateful for that opportunity. 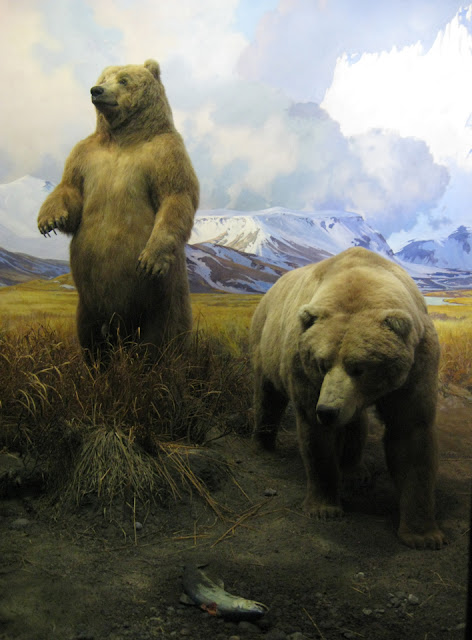 On the note of wildlife art, I had the pleasure of meeting Joe Kronenberg at the GCA where we were in a workshop together. Joe is an excellent painter of Northwestern wildlife. I am especially fond of the bears:)! I hope he got a chance to check out the Museum before his flight back to Idaho. You can see his work on his website http://www.kronenbergart.net/
The museum’s role has evolved through the century continually expanding in its collection and scope. The Center for Biodiversity and Conservation was founded in 1993. It is serves as a research center for biodiversity with a mission to influence public policy and educate citizens on the critical need for stewardship of our earth.
American Museum of Natural History http://www.amnh.org/
Link for AMNH -  http://www.amnh.org/exhibitions/dioramas/artists/painters.php#Rungius
Bob Kuhn- http://www.kuhnsnhuk.com/
Devin Cecil-Wishing - http://www.devincecil-wishing.com/